Starting Friday, Malheur County will join 18 other counties in a backslide of risk levels associated with the spread of COVID-19, according to an announcement from Gov. Kate Brown on Tuesday afternoon. Of those counties, 15 are moving from “high risk” into “extreme risk.” The change is due to data from April 18-24, and will be effective through May 6.

Malheur County was moved to the lowest of the four risk levels on April 9. Prior to that, it had been in the “moderate risk” level since Feb. 26; and before that it had been in “extreme risk” restrictions since Nov. 18, 2020.

The lawmakers say that the science and data do not support the decision and that “our businesses are being unfairly and unreasonably targeted.” Furthermore, they say $20 million of support for counties will not “adequately address the needs nor does it get to solving the roots of this problem. “

The letter paints a brief picture of business and community hardships — including permanent business closures, tens of thousands of unemployed Oregonians, lost revenues and bankruptcies — that have resulted from the shutdowns.

“We have followed the stringent protocols … There is no data showing small businesses, restaurants and bars, gyms and fitness facilities are responsible for high transmission rates — in fact, it is just the opposite.

The lawmakers say the inconsistency in measuring metrics is “alarming and certainly prevents the ability to fully understand the circumstances by which decisions are being made.” Additionally, they say the rollout of vaccines has been “disorganized, disorderly and delayed.

“Frankly, our small businesses are not the problem. They should not be penalized again or further; it is not their responsibility to shoulder the burden of COVID-19,” the letter reads, and concludes by asking Brown and Allen to reconsider the change.

Comments from the Malheur County Health Department were unavailable by press time.

Restrictions ramp back up

Many of the restrictions that were relaxed in the lowest risk category will now be strengthened again, per guidance from the Oregon Health Authority and Brown.

Examples of the changes that begin on Friday include a decrease in at-home gathering sizes, from 10 people down to eight indoors, and from 12 people down to 10 outdoors. The maximum number of households at those gatherings also decreases from four to three.

Other changes are related to indoor and outdoor capacity, include those for eating and drinking establishments (including having to close at 11 p.m., an hour earlier), recreational and fitness, outdoor entertainment, state institutions, and facilities such as funeral homes, mortuaries and cemeteries, with the latter four having to reduce from 75% to 50% capacity or 150 people, whichever is smaller; and for outdoor events will now be down from 350 to 250 people and the capacity limits for faith-based institutions remains a suggestion only.

It also reestablishes the cap on numbers which was gone in the “lower risk” category. For restaurants and bars, the capacity is not to exceed 50% or 100 people, whichever is smaller, with a limit of six people per table; the outdoor capacity remains at eight people per table.

Full contact sports are still allowed, however, for outdoor entertainment, the occupancy is reduced from 50% to 25%.

Visitation will still be allowed inside and outside longterm care facilities.

In an effort to speed up the return to normal business operations, county COVID-19 data will be evaluated weekly for at least the next three weeks, according to Brown. Any updates to county risk levels next week will be announced on May 4 and take effect on May 7.

Respectfully, enough is enough. Our small businesses and communities cannot endure another extreme adjustment of county risk levels and further shutdowns of the magnitude you have announced today, April 27, 2021. We have been told to follow the science and this is what we have been doing—the data simply does not support your decision, and our businesses are being unfairly and unreasonably targeted. The additional $20 million of support for counties does not adequately address the needs nor does it get to solving the roots of this problem.

For over a year, our small businesses, employers and families have endured hardships unlike any before. Shut down after shut down have resulted in permanent business closures, tens of thousands of unemployed Oregonians, lost revenues, bankruptcies, and more, at the hands of these closures. The constant waiting games and shifting of county risk levels and regulations are impossible to navigate.

There is no evidence to show that our small businesses spread COVID-19 while following the public safety measures that have been put in place, nor is there any evidence to show that keeping our small businesses open would result in higher numbers. Your offices need to make the tough calls to meet the virus where it is and where it is spreading, not to simply find the easiest target.

We have followed the stringent protocols put into place by OSHA, OHA and your office’s executive orders. Many of our businesses have been closed longer than they have been open. There is no data showing small businesses, restaurants and bars, gyms and fitness facilities are responsible for high transmission rates – in fact, it is just the opposite.

For over a year, you and your offices have had a difficult job and that is not lost on us. What is also not lost is you have had the tools to manage this public health crisis and ensure our hospitals do not reach max capacity. Our front line workers have sacrificed their safety and health to protect Oregonians in every manner possible, and they have not received the support they need to manage this public health crisis. OHA and hospitals have systematically reduced the staffed beds in Oregon over the past six months. The reporting of these numbers and the metrics by which they are measured continue to change and without notice or transparent information. This inconsistency is alarming and certainly prevents the ability to fully understand the circumstances by which decisions are being made.

The disorganized, disorderly and delayed roll out of vaccines only added to this chaos and mistrust. Even now as vaccines are available, appointments are difficult to find, and our counties don’t have what they need to provide enough vaccinations to our citizens. Even still, Oregonians are seeking vaccinations as quickly as possible to ensure their safety, the safety of others, and the re-opening of our state.

Frankly, our small businesses are not the problem. They should not be penalized again or further; it is not their responsibility to shoulder the burden of COVID-19. It is the responsibility of your offices to make decisions, backed by scientific evidence, to help Oregonians through this step in the pandemic.

We strongly urge you for the future of our state and the safety of Oregonians to reconsider this new phase of county risk levels that push our state further away from stability and recovery. 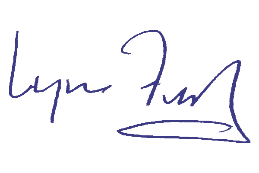 SALEM, Ore. – In 2020, students who relied on the Oregon Promise Scholarship to pay for college lost out on these critical funds due to budget cuts. Now an amendment from Representative Mark Owens (R-Crane) would restore the promise of scholarship funding if the student requests it under certain guidelines.

The amendment follows a letter sent from Rep. Owens, Representative Daniel Bonham (R-Dalles) and Senator Lynn P. Findley (R-Vale) to the Governor, asking that Oregon keep the promise made to these kids and families by reinstating the scholarship.

In 2020, more than 2,000 students made plans based on this funding. 1,400 were listed as pending, while 1,070 were awarded the scholarship only to have it revoked. A -5 amendment would establish a special eligibility window for the 2,470 total students.

“Oregon made a promise to these students when we told them they could attend college with support,” said Rep. Owens. “When this promise was broken in 2020, it dashed the dreams of these families who were depending on the scholarship to give their child new opportunities. I’m committed to making this right, and this amendment keeps the promise we made.”

“I’m pleased that we are able to reinstate this program for young students aspiring to earn their college degree,” said Rep. Bonham. “In the summer, we called on the Governor to make good on the commitment made with the Oregon Promise Scholarship because we knew how much it meant to the families that were counting on it.”

HB 2093-5 was passed unanimously out of the House Committee on Education with bipartisan support. It now heads to Ways and Means.

Of more than 100 bills in the House Committee on Education, legislation from Rep. Owens and Rep. Alonso León is one of only two bills related to COVID-19’s negative impact on K-12 education

SALEM, Ore. – Despite the enormous disruption COVID-19 has had on Oregon’s education system, only two bills in the House Committee on Education address the negative effects of COVID-19 on students.

Representative Mark Owens (R-Crane) and Representative Teresa Alonso León (D- Woodburn) are chief sponsors of HB 2962, which would direct a formal evaluation of students’ education needs resulting from COVID-19 closures, a step towards identifying how students can recover from gaps in learning.

“It is critical we identify and address the serious gap in education our students have experienced during the last 12 months because of COVID-19 and government-mandated stay-at-home orders,” said Rep. Owens, who also serves as a member of the Crane School Board. “There is much more we should be doing as lawmakers to address this critical issue for Oregon students, and it is great to see the bipartisan support for this proposal that will hopefully lead to others.”

“We should not be hiding from the truth that virtual learning has seriously harmed our kids’ educational development,” added House Republican Leader Christine Drazan (R-Canby.) “After Oregon’s education officials announced plans to abandon standardized testing that would measure learning gaps, we need proposals like this more than ever.”

Negative academic effects from distance learning still have not been adequately measured in Oregon, and plans to do so have been delayed.

Even 2020 high school graduation rates are misleading since the Oregon Department of Education drastically altered its graduation standards. As recently as 2017, Oregon had the second-worst graduation rate in the country. The full impact of virtual learning on graduation rates is still not clear.

Miguel Cardona, the Secretary of Education selected by President Joe Biden, affirmed the need for evaluations nationwide when saying that student data obtained from standardized tests is important to help education officials create policy and target resources where they are most needed. “We have to make sure we laser-focused on addressing inequities that have existed for years. … Every bit of data helps,” added Cardona during a legislative conference.

Oregon remains the second to last state for reopened schools according to a tracker from Burbio, a website that aggregates school government, library and community event information and consists of more than 80,000 K-12 school calendars from all fifty states.

Numerous studies have been conducted which indicate a correlation between native mental health impacts for children due to closed schools:

“Beginning in April 2020 the proportion of children’s mental health-related ED visits among all pediatric ED visits increased and remained elevated through October. Compared with 2019, the proportion of mental health-related visits for children aged 5-11 and 12-17 years increased 24 percent and 31 percent respectively.” – Centers for Disease Control and Prevention, November 13, 2020.

Additionally, most states in the country have been reopening after a variety of studies point to safe conditions that would allow willing students to attend school in-person with minimal COVID-19 risks:

The CDC guidance, under President Biden, recommends that schools can reopen with successfully implemented mitigation strategies.

“Our data indicate that schools can reopen safely if they develop and adhere to specific SARS-CoV-2 prevention policies.” – American Academy of Pediatrics, January 6, 2021.

HB 3350 is a second bill that addresses COVID-19’s impact on education.