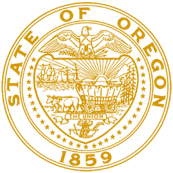 SALEM—Representative Mark Owens (R-Crane) called on the Joint Ways & Means legislative committee to find another way to balance than budget in the public safety sector, instead of closing the Warner Creek Correctional Facility in Lakeview.  The various Ways & Means subcommittees will be meeting this week via video conference to discuss budget cuts and filling Oregon’s budget deficit.

Rep. Owens said, “This facility is critical to the survival of the town of Lakeview and the surrounding areas.  Closing it would mean the loss of over one hundred local family-wage jobs.  Make no mistake, Lake County cannot sustain this type of a  hit, especially during some of the worst economic times our communities have seen in decades.”

“It is also my understanding there is not enough capacity in Oregon’s other prisons to transition the almost 500 inmates to other locations.  Warner Creek is one of the newest prisons in Oregon—it would be a shame to close a newer facility in favor of keeping older ones open that are more expensive to operate.”

“I urge the Committee to reconsider this closure, and to find the necessary budgetary reductions elsewhere,” added Rep. Owens.

House District 60 encompasses parts of Lake County, as well as all of Baker, Grant, Harney and Malheur Counties.

Public comment regarding the proposed closure of the Warner Creek facility can be submitted through the Joint Ways & Means Public Safety Subcommittee at: jwmps.exhibits@oregonlegislature.gov.